Can I Contract An STD Without Penetrative Sex?

The myth that only penetrative sex can expose you to STIs has resulted in many people exploring different pleasurable options thinking they are safe. Engaging in any sexual activity puts you at risk of contracting different STIs.

Below is expert information on how STIs can get transmitted without penetration into a hole and what you should know about STI testing. However, understanding what STIs and STDs are, is necessary.

These conditions transmitted through sex can only be referred to as STDs when advanced symptoms are present. At the same time,the infection is the medical term when symptoms aren’t present. But, many people use these terms interchangeably.

How can you contract an STI without penetrative sex?

The organisms that cause STIs are not only present in your holes (vagina, anus and mouth). Some of these microorganisms can thrive in bodily fluids, the skin and other internal organs. This makes contracting certain STIs through skin-to-skin contact or contact with bodily fluids possible.

The part of the skin of bodily fluid that transmits the STI usually depends on the STI and where it is located. Some STIs can also affect the entire body.

What sexual activities can transmit STIs?

STIs do not occur without contact with the causative microorganism. For an STI transmission, someone must have it and pass it to another person, and for anyone to transmit an STI, they will be positive for that STI. The sure way to know if you have an STI is to get tested.

Depending on the STI and its location, it can get transmitted during any sexual activity involving the following.

This means that you can get an STI during these sexual acts.

What non-sexual acts can transmit STIs?

Any act that involves exposure to, swapping or ingesting bodily fluids may result in STI transmission.

Most non-sexual acts people believe cause STI transmission, such as sharing a public pool or hot tub, do not have scientific backing. STIs do not thrive outside the mucosal membranes in the body for long, and chemicals in hot tubes and pools can kill the STI-causing organisms.

Can an STI remain dormant in the body before presenting symptoms later?

The better term is latent or asymptomatic. When an STI is asymptomatic, it means the STI is present but doesn’t show symptoms. Most STIs are asymptomatic, so you can have an STI without experiencing symptoms but still, transmit it to other people.

An STI can also be present without showing symptoms but continuously cause harm to your body. For example, you can have the human papillomavirus (HPV) and not experience symptoms. Still, the virus will cause cellular changes in the cervix.

You can have an STI and not show symptoms at first, and the symptoms will occur after a while. In some cases, STI detection won’t be possible because the STI hasn’t been in the body long enough for antibodies that the STI test can detect to develop.

How often do you need STD testing?

Health experts recommend STI testing at least once every year, but you can get tested before having sex with anew partner. This helps you know your current STD status and reduce the risk of transmitting STIs.

What is the incubation period of each STI?

The incubation period of an STD is between when someone gets the STI and when they test positive for the STI.

The table below shows the incubation period of different STIs.

If you have unprotected sex and get tested the next day, your result will be false. The test will only tell you if you got an STI before having sex the previous day, not if you got the STD from the recent exposure.

Health experts recommend STI testing about two weeks after having unprotected sex and another two weeks later. Note that unprotected sex refers to any sexual act without a barrier method, including having sex with an expired or broken condom.

What should I do if I’ve never screened for an STI? 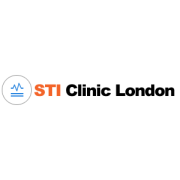 Terrible 7 Propensities that can Explanation for Erectile Brokenness

Are You Looking for the Mental Health Service in US