Apple devices have gained great momentum across the world due to their amazing functionality and high-end technology. However, these devices also fall under various technical issues. There is no doubt to say that iPhones have ruled the market since the beginning due to their innovative technology and striking design.

However, from overheating issues to battery drain, iPhone users also undergo a lot of challenges. Additionally, like other Android smartphones, iPhones are even bound to witness a slow down in their performance level. To resolve such issues, more and more people are turning to online hacks for running iPhone hassle-free. So, if issues occur, you should entrust your smartphone to repair or data recovery professionals. They carry out the iPhone repair quickly, efficiently and at affordable prices.

To avoid a painful blow to your own pocket, you should use it very carefully. Nevertheless, even thrifty owners sometimes cannot protect themselves from smartphone breakdown. In this post, we’ll take a look at the top reasons the iPhone needs repair.

This is perhaps the most common and one of the most expensive breakdowns. While replacing the display of older iPhones is relatively cheap, installing new glass on the latest models will cost you a pretty penny. Of course, you can save money by installing a non-original display. But it’s better not to risk it because even a high-quality repair doesn’t guarantee that the device will serve for a long time.

As practice shows, the battery of modern iPhones is adequate for about 1.5-2 years, and then its resources begin to rapidly dry up. If you notice that your smartphone has started to run out of battery much faster than before, it means that it’s time for you to go to the service centre. In this case, you should also not chase the cheap cost. Better to spend money on a quality battery than to install a cheap battery that will die in a couple of months.

If your iPhone comes into contact with moisture, it can have serious consequences, from chip failure to battery problems. In such a situation, you should immediately contact the service centre where they’ll quickly dry your smartphone and examine which parts have suffered due to interaction with moisture. The cost of repairs can fluctuate within a fairly wide range. However, be prepared for the fact that you will most likely have to fork out heavily.

Cracks and scratches on the button spoil the appearance of the smartphone. And the problem with the Home button won’t allow you to fully use the entire functionality of the device as it’ll jam and not immediately respond to control. A problem with the case and buttons may arise due to careless operation of equipment, a fall, a strong blow, moisture penetration into the structure. If any damage, chips or scratches occur on the iPhone case, it’s highly recommended to immediately replace the back cover. If liquid gets on your device and the Home button is out of order, it’s best to also contact the service centre directly.

If the device hasn’t come into contact with water, hasn’t been subjected to mechanical damage, and the buttons still don’t work, perhaps the main problem lies in a serious breakdown of the processor or motherboard. To identify the problem, professional help is necessary for diagnosing the issues. As a result of physical impact, the chip may come off the printed circuit board. It’s not worth repairing a broken modular. Hence, it’s recommended to completely replace this element as it’s a much cheaper and more reliable option.

The iPhone camera is one of the most important elements of a smartphone. The common reason for the iPhone isn’t responding is due to mechanical damages. The other reason for failure could be accidentally dropped or various cracks in the lens. The water inside the device leads to a short circuit and the formation of oxidation. The camera might not work properly due to a software glitch or issues in the installation of applications. Mechanical damage to the camera is also successfully treated by visiting the service centre.

One of the complex malfunctions is – the power button doesn’t work or the iPhone simply doesn’t turn on. Physical impact, ingress of a small amount of liquid inside the device, oxidation of contacts occurred. It also happens due to severe overheating of the case or increased load. That’s why full diagnostics of the device is necessary. If the iPhone doesn’t turn on, it’ll be enough just to replace the cable or contact professionals for repair.

Often the conversational speaker breaks down in iPhones. But, it’s not difficult to notice this. You can simply stop hearing the interlocutor. The cause of the malfunction may lie in the ingress of dust, moisture, dirt particles, or in a malfunction of the system board. Independent attempts to clean the speaker often lead to its complete failure. If there are any problems, it’s better to immediately contact the specialists.

Often Apple smartphones also suffer from touchscreen failure and inadequate camera performance. Making your own unprofessional attempts can turn into even greater waste for further repairs in the service centre.

Of course, malfunctions may occur from time to time for various reasons. But the user can prevent the risks by adopting different key measures. Therefore, adopt preventive measures to take good care of iPhone devices. Plus, purchasing covers and installing protective glasses or films also keep the iPhone devices at a secure level.

Well, if the breakdown still couldn’t be avoided, it’s recommended that you don’t waste time and not engage in self-diagnostics of the device. It’s best to seek qualified help and get quality advice about your iPhone. There are numerous iPhone repair professionals across the globe offering services at economical prices. For instance, the stores of iPhone repair in Singapore leveraging their customers with affordable services without letting them compromise on quality. 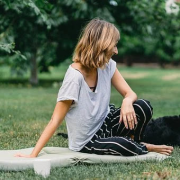 Essential Elements of Modern Web Design You Must Know

The Advantages and Disadvantages of Outsourcing Software Development